Saving lives every day with Arnica

By adminSeptember 25, 2018Notes from Alexis

I had an “All Creatures Great and Small” moment the other day. I was just working at my desk when a bird flew into the sliding glass doors of my patio. I really hate seeing animals injured or in pain, so as I jumped up and ran get a remedy, I was saying “no no no no no no”. Fearing that a cat would spy the little guy before I could get to him, I hurriedly put a remedy pellet in a little dish with some water and a dropper, then ran outside and picked him up to attempt save his life. Now maybe he was going to be just fine anyway, but when you hear what happened I think you will be satisfied that I was an instrument of healing in this bird’s life.

The little guy was tiny, about .00001 pounds. He was completely stunned, but his eyes were open (in my vast experience with saving stunned birds, there is little hope when their eyes are shut). 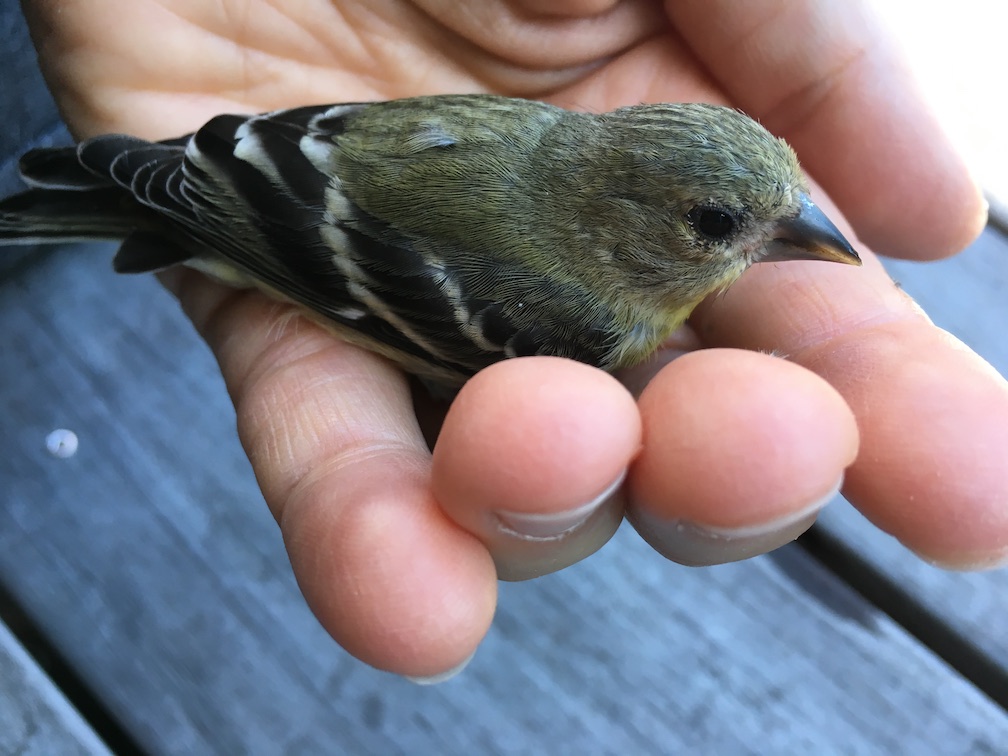 As he lay on its side, I got a little of the remedy water in the dropper. I put it on his beak, but it mostly just ran down into my hand. So I called upon my reserves of patience, and I just sat like that on the patio, talking to him until I felt the right interval had passed to try the remedy again. After 5 minutes or so, he righted himself and now was “sitting” in my hand instead of lying on his side. Major improvement! I put another drop of the remedy water on his beak, and then (get your hanky ready!) he opened up his beak a little and schlooped up the remedy with his little black tongue. In another few minutes, he flew away with appropriate speed and dexterity. Another life saved by homeopathy!

This miracle remedy I gave was none other than the old workhorse Arnica. Arnica is so common and well known that it may seem to have lost the sexy appeal of remedies new and interesting, however I would like to take this moment to expound on the many wonders of Arnica (my favorite remedy).

Good for “trauma in all its forms” and for shock; physical and emotional.

Could be a fall, a car accident, a bike crash, or blunt force trauma to the body – to name just a few examples. 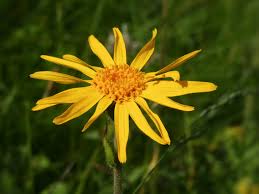 Often a person in an Arnica state will display a fear of being approached or touched. The person may also say “I am fine”, though you know they are not fine. They may send the doctor away, even when it is clear they need a doctor. You may recognize this state in yourself if you suffer from a trauma. Take some Arnica and you will come around.

The sensation of Arnica is aching, sore, or bruised. The injured area is bruised, swollen and painful. Bruising is the hallmark of Arnica.

I always start with Arnica. Then other remedies can follow to complete healing of bone, tendon and ligament injuries.

Clinical studies have shown that Arnica significantly decreases post-surgical swelling and bruising. My experience is that it also decreases pain, and use of prescription pain medication while recovering. It is important to note that Arnica should be used post-surgery, rather than pre-surgery, and under the guidance of a homeopath. 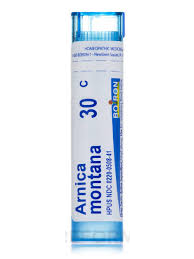 Some facts about Arnica:

Buy a tube, and keep it in your purse or pocket!