When pouring hot soup on yourself, remember homeopathy!

By adminNovember 2, 2018Notes from Alexis

News flash! I poured boiling soup on my hand last night. Major fail. Subsequent cursing and involuntary throwing of ladle did nothing to relieve the pain. However, a homeopathic remedy did. 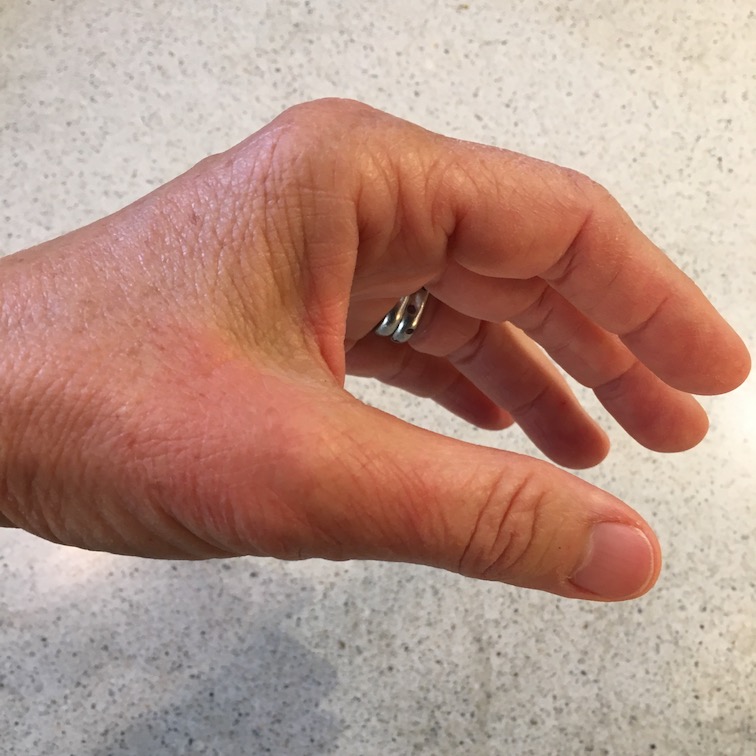 I always talk about first aid and injury remedies when I give my lecture on the Introduction to Homeopathy. However, many of you may not have attended that lecture, and there is nothing like knowing what you need to know in the moment you need to know it. So here it is – the burn remedy.

Cantharis will save your skin. Literally. When I lecture about this remedy, I always tell the story of my son, Zach, because it is the perfect story about Cantharis and about homeopathy. When he was 18 months old, he pulled on the cord of a lamp while I was in my homeopath’s consult room. As fate would have it, the shade flew off and the lamp fell on him. The bare bulb landed on his neck, and his reaction was to bend his head and thus squeeze the bulb between his neck and shoulder for a few seconds. The skin was gray and white where the bulb had been, and I was in shock. It was a second-degree burn, I learned later. I was over an hour drive from home, and had never had to deal with a burn of any kind in my life. What to do? My homeopath ran and got Cantharis, and popped it in Zach’s mouth as he screamed his head off. I didn’t know what to do – “Would it be rude to leave?” was one of the crazy thoughts I had. My homeopath gave me several potencies of Cantharis, and put us both in the car and told me to go to the doctor. Have you ever been in a car with a kid screaming in pain for an hour?

Zach fell asleep as soon as he was in his car seat, and didn’t wake up until I pulled into the pediatrician’s office, over an hour later. He did not cry while she put aloe and Vitamin E on it. HE DID NOT CRY AGAIN (about the burn!).

How many parts of this story are amazing? So many. 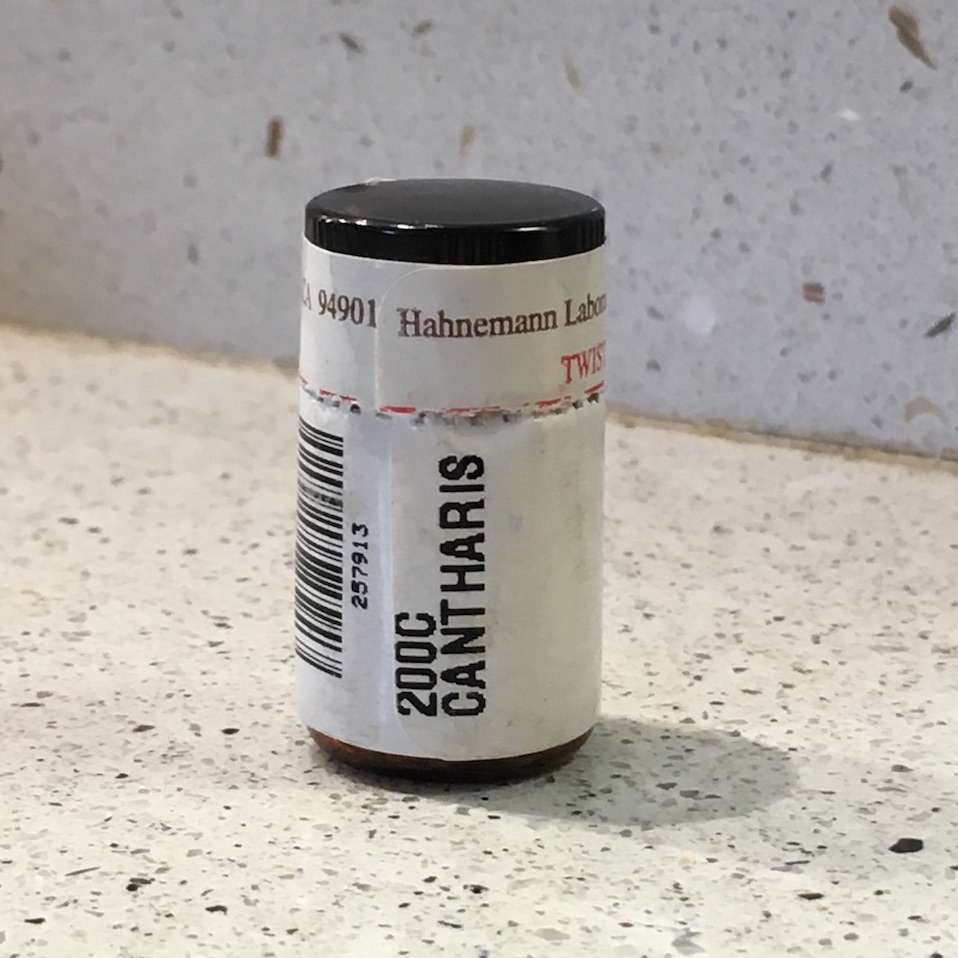 This is the remedy I used last night when I poured boiling – literally bubbling! – broth on my hand. You’ll notice from my photo that I used a higher potency than I usually recommend. I tried my 30C from my kit, but the pain was not decreasing. I also put aloe and cold water on it, but as soon as it warmed again, the pain was intense! So I went to my office and got a higher potency. High intensity situations call for higher potencies. The higher potency worked to take my pain away completely, and it did not return. If you have Cantharis 200C on hand, it will help these more intense burns. If a higher potency is needed, give me a call and we’ll do an acute call.