By adminSeptember 5, 2019Notes from Alexis

Imagine if you woke up, went to work, and changed someone’s life for the better.

This is the vision for my life that has made me so passionate about homeopathy. If you have ever met me, you know that I am a homeopathy geek. I have been pestering people for 10 years about the wonders of homeopathic treatment for any and all ailments. Underneath this zeal and persistence is a conviction that if everyone was able to have homeopathic treatment, the world would be a place with less suffering and greater health. This vision is the driving force behind my practice and my life. I am always in pursuit of improvement.

This is the story of a life changed by homeopathy.

Brian came to see me 3 years ago. I gave him a remedy, we met a few times, he told me he was better and that was that. Then he came back to see me in January, exactly 3 years later. This time, as he lay on the floor with excruciating back pain, he told me his previous visit had all been a lie. He had not wanted to see me and the only reason he came was to appease his wife. He had lied to me at the first appointment, he had revealed nothing about himself to me, and there had been no improvement from the remedy.

He was frightened and ashamed to be in my office. This time he really felt his marriage was in danger, and he had decided on his own to come to see me. It was very hard for him to be so vulnerable. It was very brave.

Brian’s main complaint was that he was fearful and anxious about anything and everything. Fear and anxiety governed all the choices he made. 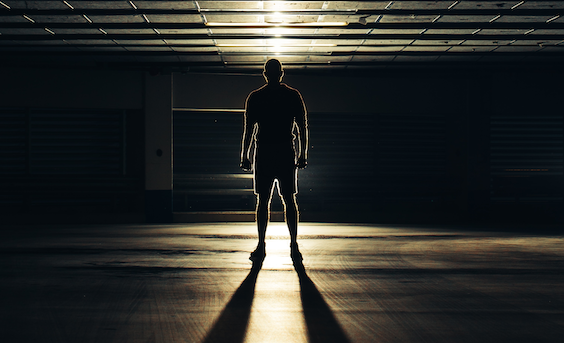 He said, “fear poisons everything that I do.” Brian had been afraid his whole life, specifically fear of confrontation, fear of people being mad at him, and fear of being told he wasn’t doing something well enough. He even considered our appointment a “confrontation”! Earlier in his life, he was on track to get a PhD in English. He quit before getting his degree because the process involves “defending” your dissertation to English faculty whose sole purpose is to challenge the student.

Brian’s reaction to this inner turmoil was to be outwardly critical and judgmental, making damn sure that others knew how superior he was. He was not always aware of his behaviors in the moment, and he did not know how to stop. Brian was ashamed of his behavior, and yet was powerless to stop it. It was a compulsion to make himself superior because he felt so inferior. Brian felt he had not accomplished anything worthwhile in his entire life, and that fundamentally he was not a good person.

Brian’s wife’s complaint was his self-centeredness, in addition to his critical and superior attitude. He admitted that he thought only of himself, and always had, that he was selfish and self-absorbed.  “I have become incredibly self-involved and self-centered. In any situation I think only about how it affects me. It is always about me all the time.”

His back was his weak point, and it felt “like it will go out” whenever he had a challenge ahead. The back pain on the day of our intake was a physical symptom that arose in anticipation of our “confrontation”, in which he would experience such intense vulnerability. The pain had appeared that morning, as if to prevent him from going to the appointment and exposing himself to me.

All things considered, I was humbled by Brian’s candor and willingness to be vulnerable with me. I had given him Sulphur 3 years prior, but I didn’t think that it was the right remedy with all the new information I had. 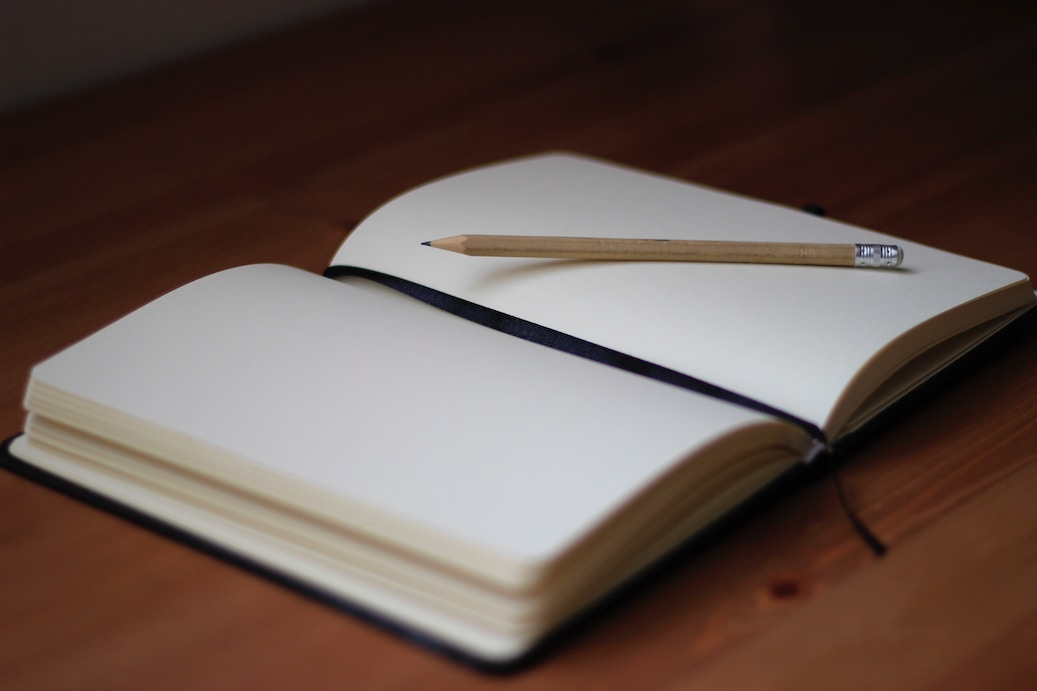 I gave him the remedy Lycopodium, and some homework. I wanted to cultivate Brian’s self-esteem as well as his empathy toward others and see these two underdeveloped qualities flourish. I asked him to do a loving kindness meditation daily, and to keep a daily gratitude journal. Studies show that gratitude increases empathy, as well as life satisfaction and happiness.

In our follow-ups over the course of 8 months, Brian made significant improvements in his capacity for thinking of others, observing his own behaviors and altering them, and feeling a sense of self-worth. At each follow up appointment, he would have some physical symptom that would manifest as a reminder that it was unpleasant to be vulnerable, but each time was less and less impactful and painful, until finally he was able to show up at my office and be comfortable and at ease. At each appointment, I gave Brian new homework to continue to increase his self-awareness, and to grow his empathy. I asked him to tell his wife to call a time out when they got into any unpleasant exchanges, and to review what had happened until he could identify his own patterns of behavior. His wife was very happy to oblige! My final homework to Brian was to volunteer somewhere for a few hours on the weekends. I worked up to this over time because I knew that it would be a stretch for a person in his state.

In our most recent follow up visit a couple of weeks ago, Brian reported that everything was terrific in his marriage, and that his wife had started talking about the future again and making plans that included both of them. She was no longer annoyed with him all the time because of his behaviors. He was thinking of her and doing thoughtful little things for her. Brian realized that he also had the opportunity to make his work environment better. He had made changes in his behavior at work, and even on the train to work. He made a point of making small talk and little pleasantries. “At work I pay attention to those little things that grease the wheels of social niceties. I spend my day with them and they have the right to expect me to be civil. I have become aware that people have the right to expect you to behave well. It is a wonderful place for me to have gotten to.”

Brian started volunteering at a ranch where he boards his horse. He offered the owner a few hours of his time on the weekend to help out however it was needed. 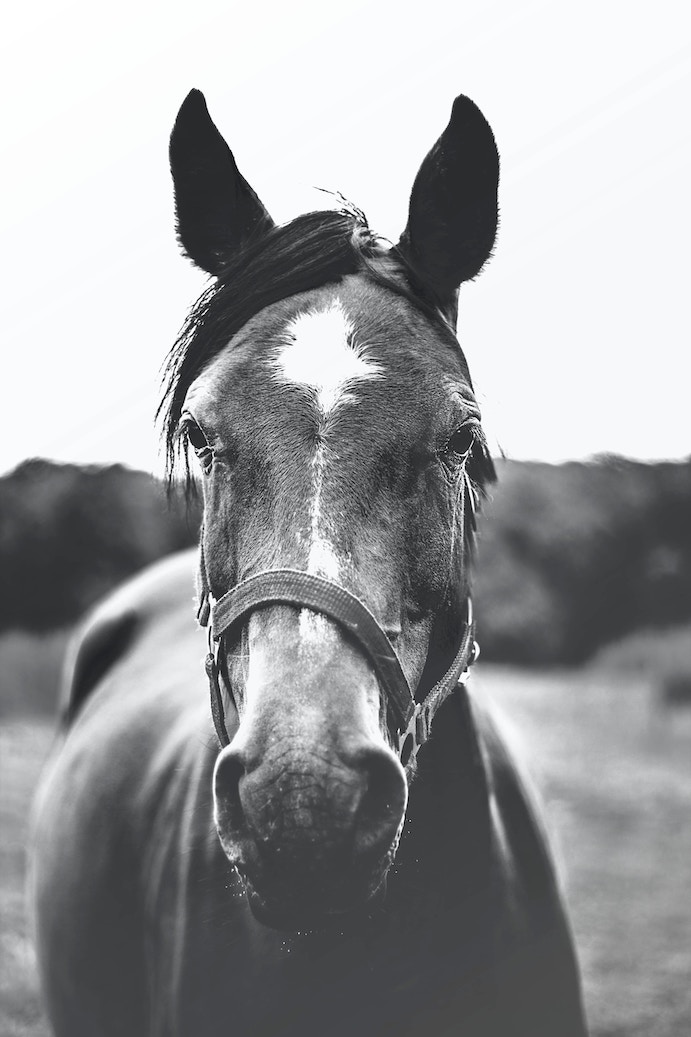 He found that he really enjoyed the feeling of helping others, and that it was a different experience from being paid to do work. He laughed as he told me the story of a mishap at work. In the course of his days at the ranch, he had been mistaken for a stable hand several times. Some ladies were ordering him to help them in quite an entitled manner! Brian reported feeling offended for just a moment, and then getting over it, and just deciding to help them out. He did not even set these ladies straight and tell them that he wasn’t a stable hand, he just let them think whatever they wanted, even when they treated him poorly. “I would never have allowed some of these things in the past. I was always looking for offense, and then ready to respond. That was a huge part of how I faced people at all times and it was pretty strenuous. I used to think that if anyone approached, they were going to offend me. Now I have all these tools around this sort of situation.” I felt this was a perfect example of the shift that had taken place in Brian’s case. A man waiting to be offended had grown a sense of humor and self-worth that helped him realize that how these ladies acted toward him did not matter, and truly could not affect him on any level that was important.

One thing I have started doing in my initial appointments is to ask my clients to tell me what they would like to be different in their lives. I can then reflect on those dreams/wishes later in the case. In Brian’s case, he had told me he wished he would think about other people’s feelings and emotions, think of himself as a better person and a decent human being, and for his relationship with his wife to be better. When I asked him about this wish list in this recent appointment he said, “There has been an immense change in this period of my life. I am just thrilled. My whole world is so much better. I don’t even know how to measure the difference in my relationship with my wife. It seems like she has changed because of how she interacts with me, but I actually think it is me that has changed. I am seeing myself as a better person.”

I found the transformation in Brian’s case to be profound and remarkable. My passion for homeopathy remains unchanged. Every day I get up, go to work, and I have the opportunity to make my dream come true, which is to change lives – one case at a time.

Wishing you health and happiness,
Alexis